Keep an Eye on the Weather: Live Tracker 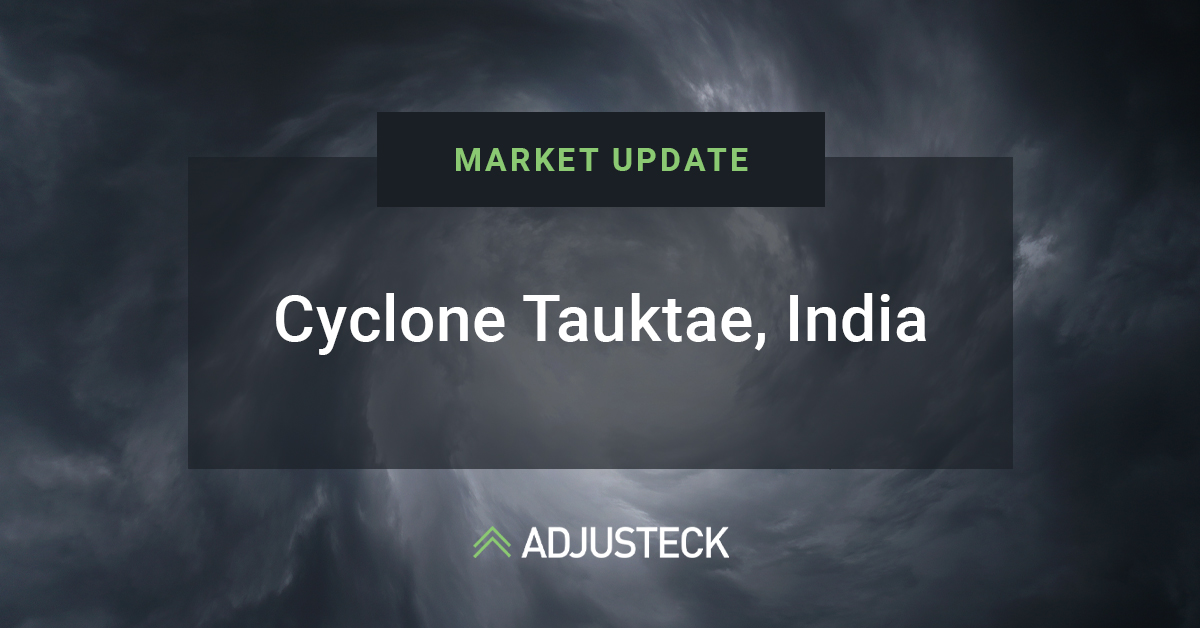 Cyclone Tauktae, one of the strongest cyclones in recent years to hit India’s west coast, where a number of major ports and refineries are located, made landfall in Gujarat state at around 20:30 hrs on Monday 17th May, with recorded wind speeds of up to165 kilometres per hour, gusting to 190 km/hour. The cyclone is also reported to have resulted in the highest recorded wind speed of 114 kilometres per hour in the city of Mumbai. After landfall ended around midnight, the India Meteorological Department (IMD)downgraded the storm from an ‘extremely severe cyclonic storm’ to a ‘very severe cyclonic storm’. The IMD later stated that the cyclone was weakening further as it headed inland.

Major sea and airports in Tauktae’s path were closed ahead of its arrival in Gujarat, with more than 200,000 people evacuated from villages along Gujarat’s shoreline and nearly 100,000 Covid-19 patients moved to inland hospitals less likely to be impacted by the storm.

Initial local authority reports indicate that Tauktae has left a trail of destruction and flooding along the coastal states of Kerala, Karnataka, Goa, Maharashtra, and Gujarat.

Flight operations at Mumbai’s Chhatrapati Shivaji Maharaj International Airport, were halted for several hours due to the cyclone, but have since resumed.

With the remnants of the storm moving slowly at 11 kmph overland, further extremely heavy rainfall is forecast to impact much of Gujarat.

India is currently experiencing one of the world’s worst outbreaks of Covid-19, and now with the on-going devastation being caused by Cyclone Tauktae, our thoughts at Adjusteck and its regional Network Partner, Proclaim, are with the people of the affected areas at this time.

As we continue to monitor the situation, we will issue further updates. Our team has been working with Proclaim to help mobilize their catastrophe operations in the affected regions prior to landfall for our clients, and we stand ready to assist Insurers and Reinsurers if required.

For additional information and assistance on this developing catastrophe, please contact the following: